Skip to content
Posted by Howard Kenyon on March 1, 2015

Three days each week, he gets up in the middle of the night so he can ride his wheelchair to the bus stop in time to be at work across town at 6:30 in the morning. Then he reverses that route some 10-12 hours later. His pay? The reward of knowing people by the thousands are getting fed and clothed. 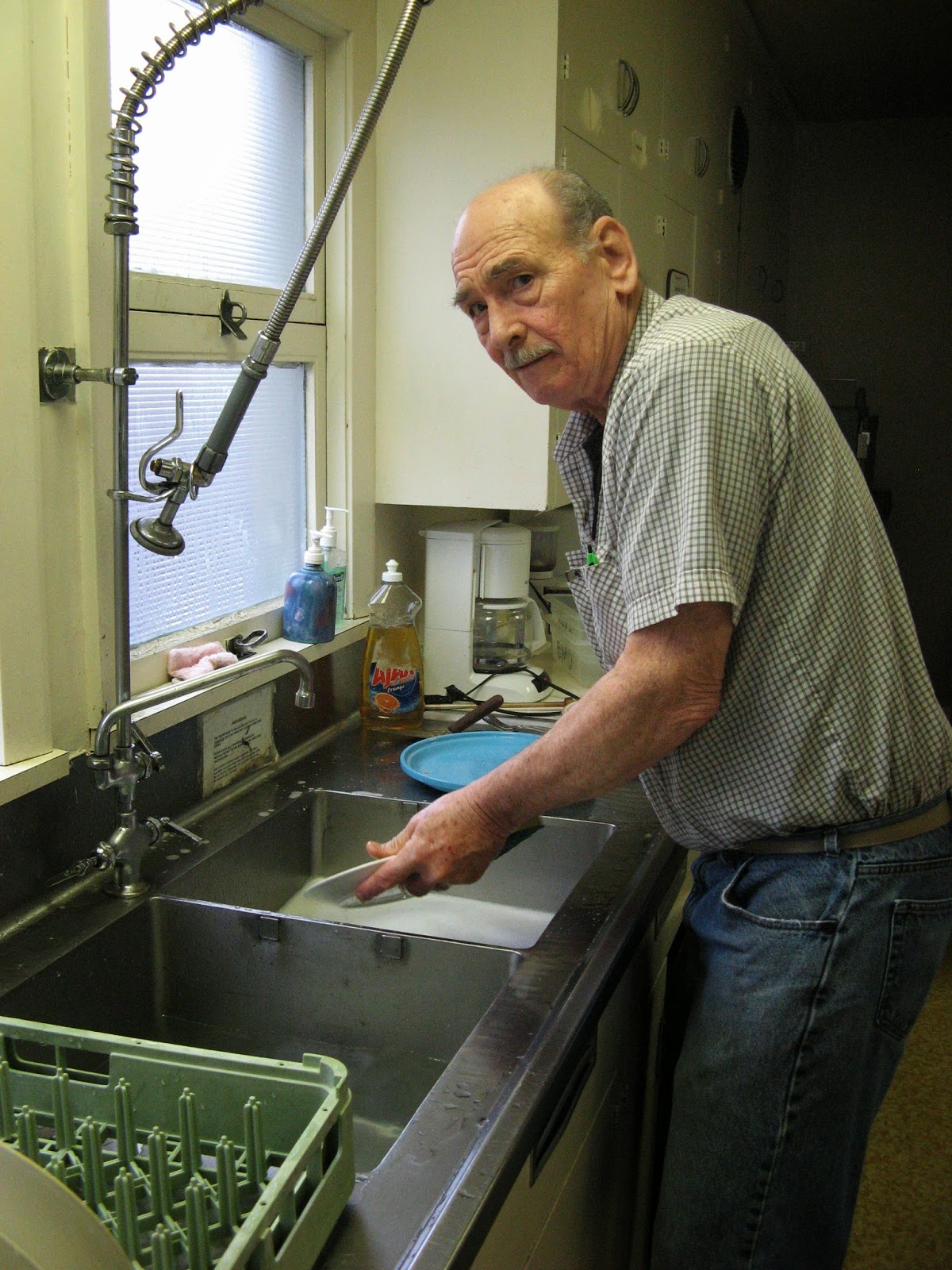 Walter Allen Huston will be honored this Wednesday for clocking in way more than 5,000 hours of volunteer service over the past four years at the Northeast Emergency Food Program.  He doesn’t know it yet. He’s just aware he is sitting at a table at this year’s Annual Sustainers Breakfast instead of making the coffee downstairs.
When Allen first came to the program, he came without his wheelchair and did far more lifting of boxes and moving around than we knew was good for him. In short order, he became our operations coordinator, a tall, gentle general who knew how to be in several places at once.
What he knew – and we soon found out – is that his doctor had already assigned him a wheelchair and said that his future was in that seat. He could stay at home or he could come and work with us. Either way, he would eventually find himself unable to do much more than move the controls on that chair. NEFP quickly became his lifeline to community and connectedness, a place to call home.
This army veteran, seventy-some years of age, doesn’t know how to be anything other than loyal and hardworking. And as a result, the food pantry has had a hero of a volunteer opening the doors for early morning deliveries, training new volunteers and community service workers, organizing the morning weighing and stocking, handing out numbers to clients at 1 pm, and calling out names of those in line to receive food.
More than one young whippersnapper has discovered the mettle of this grizzly old man. Early in his time with us, one big guy, doing community service for some petty offense, planted himself in Allen’s face. In the style of his film hero, John Wayne, Allen said to the fellow, “You have a choice” – and the guy knew he didn’t.
(By the way, ask Allen about his connection with John Wayne. Just be prepared to spend some time being entertained.)
Not so long ago Allen would be one of the last to close up at the end of the day, a day that often did not end until after 6 pm. Nowadays, he knows we’ll “yell” at him if he stays too long and is too weak to get home on his own.
His once commanding voice softened to a whisper these days, his presence alone is a reminder to all who work around him that our ability to serve one out of every 53 people in the city of Portland is based on the faithfulness of each and every one of us to get the job done. People in crisis need people who are dependable. And Allen is dependable.
Which brings up an oddity about our relationship with Allen. The name he’s always gone by – until he first came through our doors – has been Walter. But he got introduced by his middle name the first day and never told us otherwise. Mention Walter and no one knows who you are talking about. His identity is to serve. And his serving name, at least in our place, is Allen.
Life hasn’t always been kind to this veteran. And it gets harder with each passing month. Nevermind, he still makes a good cup of coffee and tells a great story. And he understands that life is what you put in, not what you get out.
It will be a great honor of mine to present to him a token of our appreciation this week. And that plaque will be a mere token. He is deeply appreciated. Allen has a place to serve as long as he can make that chair get down our ramp.
NEFP’s 5thAnnual Sustainer’s Breakfast will be held at 7:20-8:30 am, Wednesday, March 4, at Mosaic Church, 1832 NE Cesar E Chavez Blvd, Portland, OR. Admission is free and an offering for the food and clothing program will be taken. To reserve a seat, contact the Ecumenical Ministries of Oregon at 503-221-1054 or send an email to hkenyon@emoregon.org.